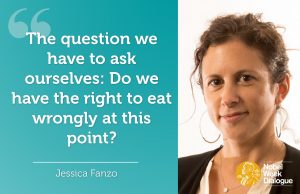 Taking place in Stockholm on December 9th, this panel was part of the 2016 Nobel Week Dialogue titled, “Your Plate. Our Planet: The Future of Food.”