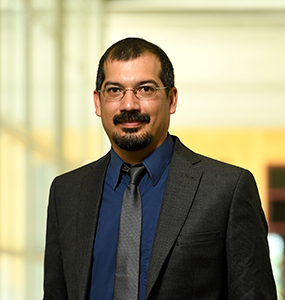 David Sing has provided the observational basis for breakthrough discoveries in the burgeoning field of exoplanets—planets outside the Solar System. Combining planetary science, physics, and chemistry, he recently established common patterns of atmosphere composition for the class of exoplanets known as “hot Jupiters.”

Sing has become known for his state-of-the-art observations of transits—when exoplanets pass in front of their host star—and eclipses. Both methods can yield a plethora of details on the planet’s composition, temperature, and atmospheric structure. With transits, he has developed a special interest in transmission spectroscopy, studying absorption signals within an exoplanet’s atmosphere. Using advanced telescopes to observe these transiting planets, Sing and colleagues have discovered features such as haze and stratospheres, and atmospheric compounds including sodium, potassium, water, helium, and hot-hydrogen gas. Sing is currently heading up the largest Hubble research program on exoplanets, comparing 20 exoplanets across a range of wavelengths—from ultraviolet to infrared.

Sing joined Johns Hopkins University as a Bloomberg Distinguished Professor in 2018 from the University of Exeter.