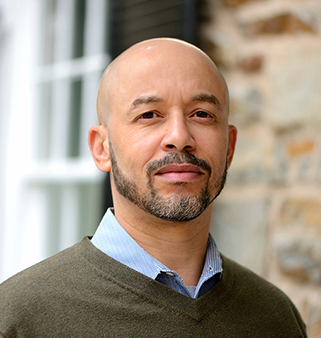 Writer and historian Lawrence Jackson has recast the study of twentieth century African-American literature and culture. He is widely known for his extensive scholarship in this field, which includes biographies of Ralph Ellison and Chester B. Himes, as well as a narrative history of mid-century writers.

Jackson’s creative nonfiction work is focused on structural foundations of racism and inequality. He writes persuasively about the historical forces behind unrest in the city of Baltimore, including mass incarceration, housing segregation, and disparities in health care and education, and interrogates the discrepancy between the city’s rich history and its current record levels of poverty and alienation. Jackson launched and now serves as director of the Billie Holiday Center for Liberation Arts, an initiative that showcases the unique arts, history, and culture of Baltimore. The center fosters organic links between the intellectual life of Johns Hopkins University and the city’s historic African-American communities, celebrating the strengths and potential of both. The Billie Holiday Center serves a cultural purpose, hosting regular events to nurture such connections, as well as an archival one, protecting artifacts of African-American culture and politics.