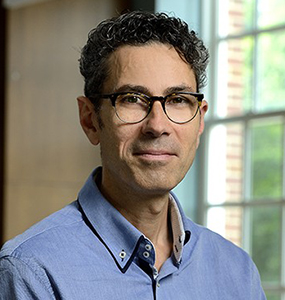 Departments of English & Classics, Krieger School of Arts and Sciences

Christopher Cannon is a scholar of language and literature and one of the world’s leading experts on 14th-century poet Geoffrey Chaucer. He has worked across methods and disciplines to challenge a variety of foundational understandings of literary history and to overturn long-held assumptions about the relationship of vernacular writing to Latin learning in the Middle Ages.

Cannon’s work focuses in particular on the emergence of English literature as a meaningful category. He has traced this emergence conceptually, in the intellectual contexts in which it developed; philologically, in the history of the English language; and comparatively, as Latin learning produced a grammatical English and its poetics. He is also interested in literacy and education during the Middle Ages, especially the history of childhood reading in medieval England, as well as the representation of sound in writing. He is currently working on his fifth monograph, which explores how literacy and oral traditions intersect, and, in particular, the pivotal role that dictation played in writing and the circulation of books during the Middle Ages.