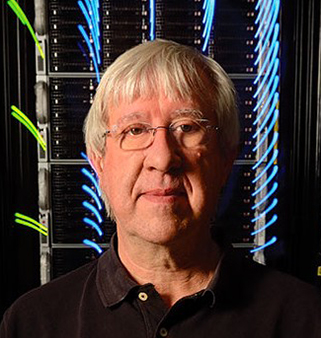 Alexander Szalay is an international leader in astronomy, cosmology, the science of big data, and data‐intensive computing who has significantly expanded the understanding of the structure formation and nature of dark matter in the universe. He has also led the development of computer architectures that are creating a new paradigm of data-intensive science across multiple fields.

Szalay’s research focuses on the statistical measures of the spatial distribution of galaxies and galaxy formation. He helped develop the Sloan Digital Sky Survey, an astronomy project working to create the most detailed three-dimensional map of the Universe ever made, which currently includes more than one quarter of the entire night sky. Szalay and his collaborators have built scientific databases that democratized access to supercomputer simulations, changing the way researchers approach astronomy. Szalay helped build a similar database for radiation oncology, and is currently working on designing one for high-throughput genomics.

Szalay joined Johns Hopkins University in 1989 from Eötvös University and was named a Bloomberg Distinguished Professor in 2015.