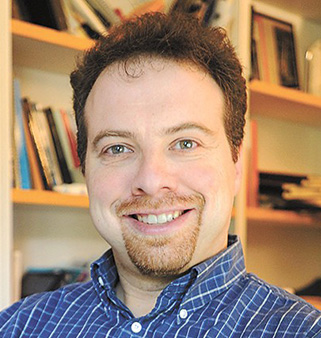 Departments of Physics and Astronomy & Earth and Planetary Sciences, Krieger School of Arts and Sciences

Adam Riess is an internationally renowned observational cosmologist working on the measurement of the expansion of the universe and a recipient of the 2011 Nobel Prize in Physics. His research is critically important for furthering our knowledge of the origin, composition, and ultimate destiny of our universe, and to understanding the fundamental physics of space and time.

Riess uses numerous astronomical phenomena, such as supernovae (exploding stars), Cepheids (pulsating stars) and stellar parallax, to map the universe and measure its expansion history. He is currently developing new tools for measuring the present expansion rate, or Hubble constant, to unprecedented precision. Riess uses NASA’s Hubble Space Telescope to provide important independent probes of the nature of dark energy through techniques he helped develop for this purpose. His goal is to determine the nature of dark energy, how gravity behaves across the Universe, and how these may impact the fate of the Universe.

Riess joined the Space Telescope Science Institute in 1999 and Johns Hopkins University in 2006, and was named a Bloomberg Distinguished Professor in 2016.